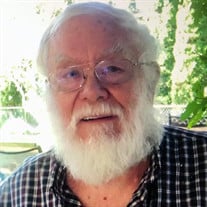 Carl Renzie Milarch, of Port Sanilac, died unexpectedly Friday, April 15, 2022. He was 75. He was taken to McKenzie Memorial Hospital in Sandusky, where he passed peacefully the morning of Good Friday, with family, including his dear wife of 37 years, Mary Ann, by his side. He is survived by wife Mary Ann, his children Carla (Phillip) Milarch-Powers, Sheila (Justin) Milarch-Sauber, Renzie Ryan (Tazia) Milarch and Angela Dee Milarch; his stepsons David (Patricia) Hulett and Don Westbrook; his sister Molli (Dennis) Smallwood; and his grandchildren Marielle, Olivia, Clara, Macy, William, and Fletcher. He is preceded in death by his parents Hughina Ruth and Leonard L. “Butch” Milarch. Renzie was born in 1947 in Port Sanilac, where he lived for his first five years at the Loop-Harrison Mansion, now the Sanilac County Historical Museum, until his family moved to their permanent home on Main Street. He attended Port Sanilac elementary schools, then Sandusky High School, where he was on the debate team and acted in school plays, including a star turn as Sheridan Whiteside in The Man Who Came to Dinner, a role that suited his dry sense of humor and quick wit. Growing up, Renzie enjoyed the camaraderie of a large group of beloved cousins on his mother’s side, the Davidson clan, where, for a long time he was the only boy. Family get togethers were a highlight of family life, when they would gather for ice cream making, corn husking contests, and nighttime bonfires, where the whole family would sing and tell jokes, and Renzie explored his inner “ham.” Renzie’s love of farming may have come from helping his Dad Butch on the farm, where Butch farmed a plot of land adjacent to the Loop-Harrison Mansion and sold green beans to Stokely’s. After high school Renzie pursued his love of agriculture, starting both a family farm, and a family. Over the years he expanded his venture and eventually brought his son Renzie R. on as a partner. Together the two built Milarch Farms into a successful and well-respected farming business, one which young Renzie continues to operate. His interest in music started at an early age, as a singer in the Methodist Church choir, where he sang in the soprano section. Conveniently, his sister sang tenor, while mom sang soprano, and dad sang bass, often at the Methodist church, where Butch was the choir director. When Renzie was 8 or 10, Butch decided they would have a choir festival and called every choir in the county inviting them to come sing at the roller rink in the Port Sanilac Marina. The community had so much fun that they founded the Port Sanilac Choral Club. Renzie was a man of strong faith, and the church was at the center of his life in many ways. In addition to singing in the choir, Renzie served as the organist and oftentimes choir director, from the age of 13, where he never took a single paycheck. Many fond memories were made with the church softball team, for whom Renzie played catcher. Easter was a memorable time, and in addition to playing good Friday, Maundy Thursday, and Easter services, for many years Renzie could be found in the church basement kitchen, frying sausages, and flipping pancakes for the annual Easter breakfast. Renzie was proud that he had such a full life, all within three miles of his birthplace. He was active in both church and community, serving on the Sanilac Township Board of Trustees, as the Sanilac Township Treasurer, Zoning Administrator, and as a member of the Port Sanilac Jaycees for many years. He generously donated the rental of his barn adjacent to the Sanilac County Historical Museum to the Port Sanilac Arts Council beginning in 1978, enabling its use as The Barn Theatre for many summers, a gift he later made permanent. Besides his farm, his family, and his church, Renzie loved many things, including sports, his dogs, chocolate covered cherries, Massey Ferguson tractors, fresh tomatoes, tractor pulls on his vintage Farmall, ice cream, driving an 18-wheeler, Lake Huron, and a good strawberry shortcake. But perhaps he loved nothing more than he loved music. Over the course of his life, he sang in various quartets, clubs, and ensembles, playing the guitar and singing country music with his kids, and of course conducting the Port Sanilac Choral Club. When Butch passed away, Renzie took over as director of the group, which he stewarded with care for over 50 years. Hundreds of singers will remember his patience and humor as he helmed the club with its diverse repertoire of sacred, seasonal, and secular music. It was in 1985, however, that Renzie joined the most important duet of his lifetime, when he met and married his beloved Mary Ann on March 19th, the day before the first day of spring. Together they made music, both figuratively and literally, and enjoyed their shared values and love of the outdoors, dogs, the simple life and, of course, music. In addition to singing together in Choral Club, Renzie and Mary Ann crisscrossed the county and the state, performing at numerous churches, services, weddings, and funerals, spreading the good word through song, and bringing the joy of music to young and old. From Handel to hymnal, from Away in a Manger to The Old Rugged Cross, Renzie spent a lifetime making a joyful noise to the Lord. Renzie believed that there should be “music from the fruited plains, which yield to the toiler's hand, music from the azure skies, over a peaceful land.” He worked with dedication to bring that music to his community. A funeral is planned for Friday, April 22 at 11 am, at the Port Sanilac Methodist Church. In lieu of flowers, the family request gifts and donations be made in his name to the Port Sanilac Methodist Church. Visitation will be 2-9 PM Thursday at the Pomeroy Funeral Home, Carsonville, and 10-11 AM Friday prior to the service at the church.

Carl Renzie Milarch, of Port Sanilac, died unexpectedly Friday, April 15, 2022. He was 75. He was taken to McKenzie Memorial Hospital in Sandusky, where he passed peacefully the morning of Good Friday, with family, including his dear wife of... View Obituary & Service Information

The family of Carl Renzie Milarch created this Life Tributes page to make it easy to share your memories.

Send flowers to the Milarch family.