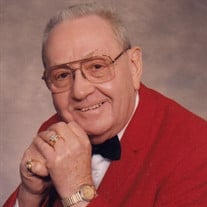 Dean Lowell Shank, age 88, of Roseville, formerly of Lexington, passed away on Friday, November 30, 2018 at Henry Ford Hospital Macomb in Clinton Township. He was born October 7, 1930 in Lexington, son of the late Willard D. and Ethel E. (Wood) Shank. Dean joined the United States Coast Guard at the age of 17 in 1947. He then went on to enlist in the United States Air Force in 1950, serving proudly a total of 23 years. He was a veteran of the Korean and Vietnam wars. His military career took him around the world serving time in Japan, Germany, and England. While in England, Dean met Brenda K. Larkin they married in December of 1959 and were later divorced in 1975. After retiring from the United States Air Force in 1970 Dean and his family settled in Oklahoma before moving back to his home State of Michigan. Dean was also briefly married to Grace Carmack. He is survived by his 3 daughters, Caren (Mario) Degiovanni, Deanne (Fred) Fox, and Stacey Gann; 6 grandchildren, Gary Degiovanni, Stefanie Degiovanni, Kristin (Scott) Beaujean, Michael (Destiny) Fox, Brandon Gann, and Justin Gann; 4 great grandchildren, Emma and Nathan Osinski, Alaina and Hanna Fox, and another great grandson due Christmastime; and sister, Donna (Bernie) Bowman. Dean was preceded in death by his son, Gary; brothers, Lloyd, John, Wilford “Bunny”, and Glenn Shank, and sister, Marie Matthews. Funeral Services will be held 11 AM Thursday, December 6 at the Pomeroy Funeral Home, Lexington. Rev. Brian West, United Methodist Pastor, will officiate. Burial will be in the Lexington Cemetery. Military Rites by the Croswell American Legion Post #255. Friends may call from 2-8 PM Wednesday and 10-11 AM Thursday at the funeral home. In lieu of flowers memorials may be made to the Alzheimer’s Association, Alcoholics Anonymous of South East Michigan, and Turning Point Women's Shelter.

The family of Dean L. Shank created this Life Tributes page to make it easy to share your memories.

Send flowers to the Shank family.