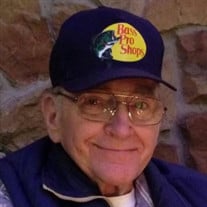 LEXINGTON- Gerald “Jerry” Lawrence Carlesimo was born in Detroit, Michigan on January 12, 1943. He went home to be with the Lord on January 17, 2021, at the age of 78. He was a lifelong resident of Lexington, MI and graduated from Croswell-Lexington High School in 1961. Jerry was preceded in death by his parents Lawrence and Violet Carlesimo, his dear friend Connie Cavalieri, his son-in-law Arnell Hope, and his grandson Justin Rankin. Jerry is survived by his beloved canine companion Roxy. His four favorite daughters: Gina (Jim) Hensley of Warren, Pauline (Lupe) Torrez of Croswell, Connie (Lindsey) Rankin of Lexington, and Anita (Ian) King of Lexington; grandchildren: Michael (Kendra) Hensley, Jack Hensley, Kyle Hensley, Zachary Torrez, Selena Torrez, Cody Torrez, Dayna Torrez, Lindsay (Greg) Bombard, Abigail Hope, Brandon (Teddy) Rankin, Lance (Kelly) Rankin, Adam (Nicole) Rankin, Ethan King, and Emma King; one great grandchild: Lainey Grace Torrez; two siblings: Clara (Walt) Morelli & Janet (Neil) Repp, also of Lexington, MI. Jerry, along with his father, owned and operated L. Carlesimo & Son Excavating. Together, they also owned an Artic Cat Snowmobile dealership where he used his natural talent as a mechanic to repair snowmobiles and other machinery. Over the years, Jerry would spend his winters working through the night to clear snow from local businesses. Jerry enjoyed his free time outside hunting and fishing. He loved spending time with his family at his hunting cabin in Northern Michigan. Jerry had a wonderful sense of humor which was showcased by the witty sayings he had embordered on his hats. He could often be found cruising around town with his dog, Roxy or enjoying a cup of coffee at Riverside. Jerry never missed a birthday or other significant life event of his family. He was dearly loved and will be greatly missed. Visitation will be from 4-7 P.M. on Tuesday at the Pomeroy Funeral Home in Lexington. Funeral Mass will be held at 11 A.M. on Wednesday at the Ave Maria Parish-St. Denis Catholic Church in Lexington, with visiting at the church from 10- 11 A.M. Fr. Donald J. Eppenbrock will officiate. Interment will follow in the St. Denis Catholic Cemetery.

The family of Gerald L. "Jerry" Carlesimo created this Life Tributes page to make it easy to share your memories.

Send flowers to the Carlesimo family.