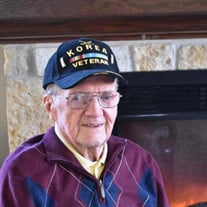 Glendale, Wisconsin- Jack C. Jadel, age 90, a resident of Glendale, Wisconsin passed peacefully on the evening of April 12, 2020. He was born on March 21, 1930 in Toledo, Ohio, a son of the late Frank A. and Iva (Robb) Jadel. Jack graduated from Bowling Green University in Ohio in 1952 and was immediately commissioned a 2nd Lieutenant in the Army. After training at Fort Sill in Lawton, Oklahoma, he served in Korea as commander of a forward Artillery Compnay before being discharged and returning to Fort Sill where he met his daughter for the first time. He earned an MBA at the Kelly School for Business at Indiana University in 1955 and then joined Dow Chemical as a salesman. His son joined the clan later that year. Jack started in Dow’s paint division, traveling the 18 western states, by car, based in St. Louis, Missouri he went to rise in various companies, in the ranks of sales, sales management, eventually earning his way up into the executive suites. He joined Akzo Nobel in 1970, moved to Wilmette, Illinois in 1975 where he retired as the President of Akzo’s speciality chemical division. Jack was a success in business, but more so in his family and philanthropic life. He taught his children to fish, to camp, to respect the outdoors and other people. An avid lifelong booster of the Boy Scouts of America and earning the rank of Eagle Scout in 1944, Jack’s forte was fund raising at the local council, regional and national levels for which he was awarded the Distinguished Eagle Scout Award, the Silver(s) Beaver, Antelope and Buffalo and served as the President of the National Eagle Scout Association. Growing up he would spend summers on the Robb farm (now the Croswell Berry Farm) learning resilience and developing his strong work ethic. He always valued his Croswell roots and instituted, along with others, the Mary Stuart Robb Scholarship at the Cros-Lex High School. He was preceded in death by his daughter Pam, in 1994, his college sweetheart, wife, partner and mother of his children, Mim, in 1999 and his second wife and best friend, Louise in 2017. He is survived by his son, Jeff. He rests now in the Robb family plot in the Croswell Cemetery. Graveside services were held at 11 A.M. on Monday, April 20, 2020. Rev. Linda Fuller officiated.

Glendale, Wisconsin- Jack C. Jadel, age 90, a resident of Glendale, Wisconsin passed peacefully on the evening of April 12, 2020. He was born on March 21, 1930 in Toledo, Ohio, a son of the late Frank A. and Iva (Robb) Jadel. Jack graduated... View Obituary & Service Information

The family of John C.(Jack) Jadel created this Life Tributes page to make it easy to share your memories.

Send flowers to the Jadel family.