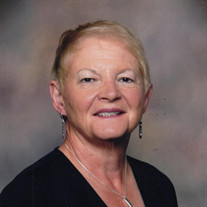 Marie Evanoff, age 82, residing at New Life Senior Living passed away on Thursday, February 3, 2022. She was born on March 3, 1939 in Detroit, Michigan. She started her career as a Clerk and Secretary. She was then hired by Ford Motor Company in 1957 as a Secretary and moved through the ranks as Secretary, Statistical Analyst, Owner Relations Analyst, Parts and Service Rep to her final position as National Arbitration Coordinator of the United States. She retired in March 1994 after 37 years of service. She moved to Albuquerque, New Mexico where she resided until October 2019 and moved back to Michigan. After retiring she served on many boards and organizations, including American Diabetes Association, Peer Counselor to Seniors, TOPS weight loss support group and many more. She enjoyed traveling, skiing and playing tennis. She is survived by her sister-in-law, Mary Evanoff, nephew Michael Evanoff (Lonnie), great niece Cambria, nieces Kathy Shepherd and Sonia Kay Wallace of Rochester Hills, Michigan, niece Rhaven Lynn of Colorado Springs, nephew Leonard Wallace of Lexington Kentucky, lifelong friend Judy Fietz, friends Tim, Laura and Todd Wallace and many other friends across the United States. She was preceded in death by her father, Christ Evanoff, her mother Luba Evanoff, step-father Matthew Grimaldi, brother George Evanoff and sister Lillian Modras. Pomeroy Funeral Home are providing services- she will be cremated and a memorial will be held by the family at a later date. The family would like to thank all the caregivers at American House, Hidden Lakes and New Life Senior Living for all they did for Marie. In addition we would like to thank Grace Hospice and Heartland Hospice for their devotion and care for our loved one. In lieu of flowers we would like donations given to Grace and Heartland Hospice. www.pomeroyfuneralhomes.com

Marie Evanoff, age 82, residing at New Life Senior Living passed away on Thursday, February 3, 2022. She was born on March 3, 1939 in Detroit, Michigan. She started her career as a Clerk and Secretary. She was then... View Obituary & Service Information

The family of Marie Evanoff created this Life Tributes page to make it easy to share your memories.

Send flowers to the Evanoff family.